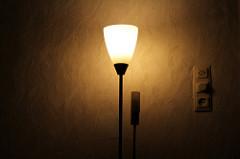 When it comes to ways to reduce consumption and impact on the Earth, there are many changes that you can make to your own home that not only allow you to consume with more environmental consciousness, but have additional benefits for you. For example, finding ways to curb electricity use is not only good for the environment, but can actually save money and benefit you in other ways! What’s Your Impact suggests several ways you can reduce energy consumption: turning down devices or turning them off, proper insulation, and changing bulbs are all ways that you can be more energy-efficient in your own home.

Why is energy consumption so important, and how can it negatively impact the environment? The answer may not seem immediately obvious, as we all use lights and appliances in our daily lives, even more constantly as technology adapts and makes energy consumption necessary for work as well as leisure. Energy consumption requires the use of fossil fuels, which creates high levels of carbon dioxide (CO2) emissions as well as other harmful emissions that alter the atmosphere and create health hazards. According to the EPA, “in 2012, 113.93 million homes in the United States consumed 1,375 billion kilowatt-hours [kilowatt of power x time in hours] (EIA 2013a). On average, each home consumed 12,069 kWh of delivered electricity (EIA 2013a). The national average carbon dioxide output rate for electricity generated in 2010 was 1,232.4 lbs [of] CO2 per megawatt-hour (EPA 2014), which translates to about 1,328.0 lbs CO2 per megawatt-hour for delivered electricity…” Simply put, for every megawatt-hour that electricity was used in 2010, it produced over 1300 pounds of carbon dioxide; this is a rather large number. Therefore, it is in our best interest to find ways to reduce the amount of electricity we use. One of the ways we can do this is by changing habits around using lights– turning them off when they are not in use, while it seems very simple, is actually a habit that many people have difficulty falling into, as they either forget or have other household members, such as young children, who are not so used to it.

One of the myths about electricity consumption is that leaving lights on is more energy-efficient than turning them on and back off, because it takes more electricity to turn them back on than it would to just leave them running. This is, in fact, not the case; there is a small amount of energy used in turning a light back on, but it is not as large as the amount used if it is kept on. The Website Michael Bluejay gives the following example (emphasis mine):

Consider something else: Every time you leave the lights on to "save" money and you actually wind up leaving for more than 24 minutes, you'll lose money because your electrical costs will outweigh the savings of making the bulb last longer. That will eat into your big $0.58/year savings -- maybe even reversing it.”

Therefore, whether lights are kept on or not may seem like an energy and cost saver, but in the long run, it has a negative effect on energy efficiency. The US Department of Energy recommends switching the lights off if you are going to be out of a room for 15 minutes, but leaving them on if it is less. Nevertheless, forgetting to turn off lights is a common error, especially in parts of the home that get frequently used but for short periods of time: hallways, garages, etc.

If you want to know how much money leaving your lights on costs, the Department of Energy provides a simple calculation. Determine how much energy the bulb consumes per hour (this can be done by hand using the Watt rating of the bulb, or using an online calculator, e.g. http://energyusecalculator.com/electricity_cfllightbulb.htm). Then, multiply this by the amount you are charged per kilowatt-hour; this is the cost of leaving your lights on.

Although changing light bulbs is also a way to reduce energy consumption, if the problem is that lights are left on needlessly, there is a solution that can reduce the environmental impact as well as the cost of electricity consumption. Motion sensor switches, which are light switches that turn on when they sense someone in the room and are switched off after a certain amount of inactivity (which can be set by the individual), can be installed in the home, to reduce the possibility that lights will be left on and waste electricity. These switches can range from $20 to $150 dollars, and can be purchased at hardware stores; they do not have to be expensive, unless you are looking for more complex features, and they are easy to install. This change is relatively simple, does not require any substantial effort, and yet has many benefits.

Motion sensors reduce electricity consumption by eliminating the possibility that the lights will accidentally be left on. As mentioned before, energy consumption uses fossil fuels and produces CO2 emissions that are harmful to the environment. Such a small step as changing to a motion sensor light switch will add to already ongoing efforts to reduce carbon emissions worldwide, even if it is by individual households. Motion-sensor switches, by reducing electricity consumption that may happen when lights are left on, also reduces the cost of electricity to a home. How much depends on your individual home and the volume of activity, but typically, they can reduce energy consumption by 35-45 percent, and can go up to as high as 75 percent. To illustrate: if a single 60 watt bulb is used for 8 hours a day at $0.10/kwh, it costs $17.52/year. If that time is cut by 35 percent to 2.8, it costs $6.13/year. If a room has, say, four bulbs, the cost goes from $70.08 a year to $24.52; not such a small number.

Changing the light switches is a minor project, but one that can be incredibly convenient - not having to worry about turning off the lights when you are gone, especially in places that are frequently used, eliminates another common habit that many wish they could get a hold of. Motion-sensing technology is also vastly improved, meaning that there is less of a chance the lights will malfunction and reduce the benefit of installing them.

Even if you do not own a home, it’s worth it to know more about this option. Motion-sensor lights are becoming more commonplace, not only in homes but in businesses and universities, or other such places which see a high volume of people coming and going. For example, at Clarkson University, it was estimated that switching to motion sensor lighting in dormitories reduced energy consumption by 22 percent – the equivalent reduction in coal consumption was 2300 pounds. They also found that students were happy with the results, and would like to see the project implemented elsewhere. If it were expanded, the study found that it could save the university “$4279 – 5879 per year on lighting costs in dorm hallways alone.” So, if you do not own a home, but you are part of a business or university, consider the changes that can be made that would benefit your work or school, not only by reducing energy consumption but by reducing electricity costs.

Reducing electricity consumption is just one of the ways that What’s Your Impact advocates for fighting climate change. Buying local, driving less, being careful about what products you buy, and lastly, spreading the word, are all things that you can do to help reduce your carbon footprint. It may seem impossible to change the environmental consequences of behavior on a large scale, but every step you take towards changing your own habits and the habits of those around you is valuable. Together, if we all do what we can, it will be possible to make real change.