Share on Facebook"Cities around the world aiming to go 100% renewable – let’s support the transition!" 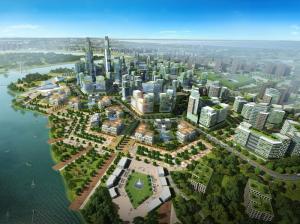 A number of environmental milestones including the Paris 2015 climate deal have officially placed climate action on the global agenda. In addition to the green initiatives governments worldwide are implementing, we’re seeing a new trend in progressive urban planning. Municipalities across the globe are reconfiguring their transportation and energy sectors, committing to 100% renewable energy targets in an effort to secure a more sustainable future. To date, 55 cities, totaling more than 54.9 million people are committing to a cleaner, more socially responsible way of living by transitioning to 100% renewable energy in at least one sector.

With solar becoming the fastest growing source of renewable energy worldwide, and wind energy and biofuel also gaining momentum, experts predict that by 2020, 26 percent of the world’s energy will be generated by renewable sources!

So who can we look to for inspiration on achieving this global transition towards a 100% clean energy future?

Perhaps one of the world’s most ambitious cities striving toward 100% renewable energy is San Jose, Costa Rica, which has committed to becoming carbon neutral by 2021. In fact, the entire country with a population of 5 million, is promising to be the first to go 100% renewable by adopting a nation wide carbon-free energy system. Costa Rica has already made monumental strides with achievements such as only using renewable energy to generate power for the first 75 days of 2015, a first for any nation! This country has already achieved 95-99% renewable electricity, largely composed of hydropower and is planning to diversify its renewable electricity system by deriving energy from solar, wind and biofuel technology.

Closer to home, we have the city of Vancouver – the first Canadian city to pledge to transition to 100% renewable energy by 2050! Vancouver already ranks second in Canada and the U.S., according to the Green City Index and the city’s Mayor, Gregor Robertson, has set an even more ambitious goal of being the greenest city in the world. Vancouver’s strategy for success includes advancing energy conservation and efficiency programs (e.g. increasing municipal bike networks), switching to already available forms of renewable energy, and making improvements to existing infrastructure (e.g. widespread use of electric vehicles), and increasing the supply of clean energy infrastructure (e.g. rooftop solar power generation). The greatest challenge however, will not be the city’s electricity, as almost 95% of Vancouver is already powered by renewable sources. The real obstacle, says Mayor Robertson, will be transforming the transportation sector, a task that will hinge entirely on how quickly electric vehicles will become an affordable option.

Reykjavik, Iceland, is another leader in the renewable revolution and a pioneer in the use of geothermal power. Almost 95% of the city’s heating is provided entirely by geothermal district heating. Reykjavik meets virtually all of its electricity and heating needs from renewable resources (predominately geothermal and hydroelectric sources). In terms of heating and electricity generation, Iceland is entirely energy independent, and is becoming a world-renowned scientific community in the field of renewables. Reykjavik's strategic planning in renewable technology focuses on growing Reykjavík’s urban structure while developing sustainable public transportation systems, reducing pollution and preserving green spaces.

Dozens of other municipalities around the world, including Aspen, Colorado; Copenhagen, Denmark; and Frankfurt, Germany; have also caught onto the trend, committing to renewable targets themselves.

So what kind of numbers are we talking here?

Well, let’s say, for example, that you were to go solar for all your electricity needs. This would be equivalent to taking 1.37 cars off the road annually! Think about the impact this would make if your entire municipality switched to solar energy! What about wind? A typical modern wind turbine has a capacity of two megawatts (MW), and is expected to offset emissions of over 1,880 tonnes of CO2 in an average year. Multiply this number by hundreds of thousands of city residents and we would see our national carbon emissions dwindle immediately!

Although it will not be an easy task, the global switch to clean energy, will offer endless benefits including the reduction of air pollution, employment opportunities, energy-price stability, reduced international conflict over resources, and of course, a significant check against global warming.

So how can you help your city transition toward a cleaner, more cost-effective, and responsible energy future? Start by collaborating with researchers, activists, businesses and other community members and building a list of reasons why your city should go renewable; organize a 100% renewable city forum or event, create local action plans for energy and emission management, or put together a sustainable energy plan to pitch to your town! Simply contacting your local municipality to express your interest and support for a greener city can trigger changes in policies and projects. Canada’s governments have been slow on implementing environmental policies and funding renewable projects because until now, this has never been perceived to be at the front of the public’s mind. If enough citizens come together and speak up, their cities will be more inclined to step up to the renewable challenge!