Share on Facebook"COP 21 and Canada: What You Need to Know " 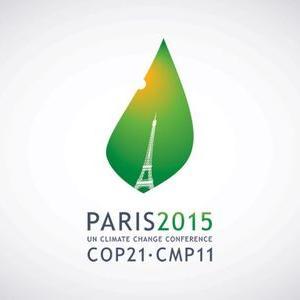 For the next two weeks, Canada and over 190 countries will take part in the 21st Conference of Parties (COP 21) to the United Nations Framework Convention on Climate Change (UNFCCC). Despite security concerns amidst events in France, the conference will be held in Paris and will aim to fight climate change through international action and a united framework from all actors involved. Since 1992, there has been an effort by the UN to act on global climate change. The global consensus on whether these meetings are efficient varies, and on the heels of COP 21, there is mixed feelings on tackling one of the most important issues of our time.

Following the newly elected Liberal government headed by our new shining star, Prime Minister Justin Trudeau, the question follows: “Will Canada take back its global reputation and step up at COP 21?”

There have been signs from the past few weeks that show promising attitudes. Following an announcement by the Albertan provincial government to implement a carbon tax in the province, Trudeau and his premiers across the country have met in Ottawa to prepare for the meeting. This was an act very rarely completed by the previous Harper government and it has given the public a reason to be optimistic about the conference. COP 21 is not only a critical conference for Canada but has been hailed by some as the most critical summit in history as global warming and environmental issues come to the forefront of society (Haenlein, 2015). Whether we will get results is to be seen.

The main goal of the conference as set out by UNFCCC is for the first time in 20 years, achieve a legally binding and universal agreement on climate with the aim of keeping global warming below 2 °C (COP 21 Paris, 2015). It is crucial to have an agreement that actually works and forces states to be sustainable, accountable and to work together. Not to mention, the past few conferences on climate change including Copenhagen (which introduced the 2009 Copenhagen accord) and Lima (which introduced the Lima-Paris Action Agenda) have been associated as “not enough” or in some cases a “failure” (Vidal, Stratton & Goldenberg, 2015).

Money, resources, time and even secondary greenhouse gas emissions (GHG) from the meetings all go into COP 21 so it is imperative leaders take a stand and work together. In Canada’s case, another goal of COP 21 is to live up to the expectations of the Canadian public following a previous government with a terrible track record in regards to action on the environment.

WHY IS COP 21 IMPORTANT? SHOULD I CARE?

COP 21 is an event that could shift the balance in global management of climate change. It is essential that global warming stays within 2 °C and that strategic action is taken now to avoid the catastrophic effects of climate change. Some nations are already beginning to feel these strong impacts, which include rising sea level in low-lying coastal regions such as Bangladesh, rising air toxicity in China, and groundbreaking weather changes – such as droughts in California. The effects of climate change are far reaching, and are beginning to spread.

In addition, in the short term, COP 21 will illustrate to Canadians the newly elected governments position and will to act on the environment. Do you believe in investing in clean technology and the renewable energy sector of the economy? Protecting our waterways and lakes with proper legislation? Preserving Canada’s natural landscape for years to come? COP 21 will undoubtedly be a precursor to federal action on the environment and whether this government will live up to its election promises.

HOW HAS CANADA DONE IN THE PAST?

In a global context, there has been a mixed response on whether there has been real change on the issue. One specific example of response to action was found in the 2009 Copenhagen accord. Despite a deal being struck behind closed doors, critics associated that there was a lack of will to understand and accept strong scientific evidence (BBC, 2009). This led to a very brief agreement that fell short of what many were hoping for and did not seem robust enough to be a multi-level agreement to reduce emissions and set new targets.

In the past few years, Canada’s track record on global climate change action and national initiatives has not been sufficient (Bell, 2015). Our emissions trends have been increasing since 2010 and our global emissions of CO2 from fuel combustion have increased by 44% from 1990 to 2010 (Env Canada, 2013). Recently cutting programs for environmentally friendly initiatives, silencing scientists, and investing further in the fossil fuel economy had led Canadians to believe that Stephen Harper and the Conservative government was not out to tackle climate change.

Perhaps, some of the most embarrassing and utter failures of Canada’s action on climate change has been the withdrawal from setting proper targets and even failing to meet any globally-set targets whatsoever. The Kyoto Protocol in 2005 is an example of this and it was announced in 2012 that Canada would be withdrawing. Not only this, but it has been projected that Canada will not meet its commitment in the updated 2009 Copenhagen Accord to reduce its emissions by 17% below 2005 levels by 2020 (Env Canada, 2013). This pledge made by the Harper government in 2009 in Copenhagen was to bring our emissions to 612 megatonnes by 2020 but projections forecast over 700 megatonnes (McCarthy, 2015).

Canada needs a unifying framework that crosses provincial borders, commitment by the government to act on a global level, and invest money, time and resources into tackling climate change at home because the current model hasn’t been working in past years.

WHAT DOES CANADA NEED TO DO AT COP 21 AND BEYOND?

Canada must step up in a big way at COP 21. Not only on a global level, but also across the nation and within the provinces. It is important for Canada to be a main actor at the conference and have the political will to agree on targets and actions for future change.

The Trudeau government shows signs of progress in comparison to the previous government. Trudeau has invited all premiers to the conference (including Green Party leader Elizabeth May), called previous emissions targets set by the Conservative government a ‘floor’ for the new targets, and promised changes in national environmental policy (Cheadle, 2015). The current action is promising but there are number of steps needed to be taken. A few important ones include:

WHAT CAN I DO?

In order to help foster this change and spread the word about COP 21 and environmental action there are a number things you can do.

Haenlein, O. (2015). Paris COP 21: What Can We Expect From The Most Critical Summit In History?. Retrieved from http://www.wearesalt.org/paris-cop21-the-most-critical-summit-in-history/