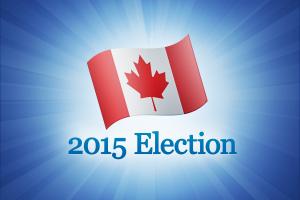 In approximately two weeks, voters will head to the polls for Canada’s 42nd federal election. Six weeks after, the United Nations Conference on Climate Change (COP21) will be held in Paris. This is incredibly important, as the goal of COP21 is to achieve a new international agreement on the climate, aiming to keep global warming below 2°C.[i] The agreement will also focus on discussions regarding mitigation and efforts on reducing greenhouse gas emissions in order to limit global warming.[ii] At COP21, Canada will need to take an international stance on climate change efforts and it is vital that we have a leader who will actively engage in climate talks and show the world that Canada is ready to take action on climate change.

With such a long election campaign, it is easy to get lost in the party platforms and the many promises made by candidates while on the campaign trail. With information compiled from various news sources, I summarized the environmental platforms of the Conservative Party, the Liberal Party, the New Democratic Party and the Green Party. It is crucial to educate yourself on the party platforms so you can make an informed decision on October 19th.

Summary of the Environmental Platforms

In 2009, the Conservatives set 2020 emissions targets with the signing of the Copenhagen Accord and promised to cut emissions by 17% below 2005 levels.[iii] The 2020 emission levels would be approximately 611 megatonnes, however the Environment Canada Emission Trends report released in late 2014 estimates that Canada will emit closer to 727 megatonnes in 2020.[iv] At the G7 summit in June, Prime Minister Harper agreed to new targets: 30% less than 2005 levels would be reached by 2030. In how he plans to reach those targets he said, “We’ve simply got to find a way to create lower carbon-emitting sources of energy.”[v] Also during the G7 summit, the Prime Minister agreed to move to a low-carbon economy by 2050 and eliminate use of fossil fuels by the end of the century.[vi] According to the World Resources Institute, Canada’s post-2020 emissions target is the weakest in the G7.[vii]

To cut emissions, the Conservative party favours sector-by-sector regulations and would work internationally to reach agreements on climate change.[viii] Sectors that would be regulated include: natural gas-fired electricity, the chemical industry, methane emissions in the oil and gas sector and sources of hydrofluorocarbons (HFCs) but does not include the tar sands sector.[ix]

In regards to pipelines, the Conservatives favour them as evident with the support for the debated Keystone XL pipeline.[x] They have approved the Enbridge Northern Gateway pipeline and also support the proposed Energy East pipeline.[xi] The party also favours the Kinder Morgan pipeline and in general with the proposed pipeline projects, as long as they reach the necessary approval from the environmental assessment process.[xii]

For conservation, the Conservative government will create a Wildlife Conservation and Enhancement Program that improves habitat for species harvested by hunters and trappers. It will also enact new migratory bird regulations to establish a family hunting permit. The Conservatives will also extend the government’s partnership with the Pacific Salmon Foundation by investing $15 million to restore and conserve key B.C. estuaries, and to preserve the lower Harrison River’s salmon ecosystem.[xiii] The party will also spend $200 million over two years for projects such as cleaning up federal contaminated sites and protecting species at risk.[xiv]

The Liberal Party would introduce an evidence-based process for environmental assessments that includes better consultation with Aboriginal groups.[xv] The Liberals have committed to creating a regulation process for natural resource projects that balances the economy and the environment.[xvi] In regards to carbon emissions, the Liberals would eliminate fossil fuel subsidies and put a price on carbon by creating a national framework to be administered by the provincial governments.[xvii] The Liberals also plan to work with cities to adjust to the damages caused by climate change.[xviii] They would work with the United States and Mexico to develop a North American clean energy and environmental agreement.[xix]

With pipelines, the Liberals support the Keystone XL, Kinder Morgan and Energy East pipelines.[xx] The party does not support the Northern Gateway pipeline. Justin Trudeau has said he and all premiers would attend the Paris 2015 UN climate change conference.[xxi] For the COP21 conference, the Liberals would hold First Ministers’ meeting with premiers within 90 days of the conference this December to establish a framework for reducing Canada’s carbon footprint.

A Liberal government will invest in innovation and clean technologies with $200 million annually to create sector-specific strategies in forestry, fisheries, mining, energy and agricultural sectors.[xxii] The party would increase Canada’s protected marine and coastal areas to 5% by 2017 and 10% by 2020.

The Liberals will invest $50 million annually for the development of Canada’s parks system, national wildlife areas and migratory bird sanctuaries. The Liberals will also increase science spending in national parks by $25 million per year. They will also reinstate the $40-million cut from the federal government’s ocean science and monitoring programs and review all amendments made by the Conservatives to the Fisheries Act.[xxiii]

The NDP believe the federal government should do more regarding global warming and would introduce a cap-and-trade emissions reduction plan.[xxiv] The NDP has put forward a private member’s bill called the Climate Change Accountability Act (CCAA), which outlines the target to reduce Canada’s greenhouse gas pollution to 34% below 1990 levels by 2025.[xxv] That target also is in line with keeping the average global warming to below 2°C.

To reduce emissions, the NDP propose a cap-and-trade system that puts a market price on carbon, with money reinvested into the green energy sector. The cap-and-trade system would include all energy sectors, including the tar sands.[xxvi] The NDP also promises federal sustainable-development legislation that would include communities and First Nations in energy project consultation. Tom Mulcair has said he would attend the Paris 2015 UN climate change conference.[xxvii]

For pipelines, the NDP oppose the Northern Gateway and Keystone XL.[xxviii] The party initially supported the Energy East pipeline, but now says it cannot be approved without a more strict environmental review process.[xxix] They do not support or oppose the Kinder Morgan pipeline and the NDP plans to rework Canada’s environmental assessment process, guided by fairness, openness and transparency.[xxx]

The NDP promises to redirect $1 billion a year from fossil fuel subsidies into investment in the clean energy sector. They would also invest in Sustainable Development Technology Canada – including wind, hydro, solar and geothermal technologies – to create thousands of new jobs for Canadians.[xxxi]

The NDP has not released specific conservation policies, but Tom Mulcair has stated he will strengthen laws to protect Canada’s lakes and rivers.[xxxii]

The Green Party would commit to cut greenhouse gas emissions in Canada by at least 40 per cent below 2005 levels by 2025.[xxxiii] They also believe that Canada needs a comprehensive emergency preparedness plan as more severe weather events are likely to develop.[xxxiv]

For the most part, the Green Party opposes pipeline plans and would see reductions in greenhouse gas emissions to 85 per cent below 1990 levels by 2050 and becoming carbon-neutral by 2100. The Green Party would make all carbon fuels subject to a “carbon fee and dividend,” as well as an industrial cap-and-trade program.[xxxv] This would set a clear price on carbon pollution and give producers and consumers the incentive to change the technologies and habits that have resulted in global warming.[xxxvi] It would also reduce fossil use and encourage private sector investment in green technology, clean energy and green jobs.[xxxvii]

The party would speed up the construction of green infrastructure so that a majority of Canada’s energy needs come from renewable sources by 2025. The Green Party would also work with provinces to ensure no new coal-fired electrical generation plants are built in Canada.[xxxviii]

Who should I vote for?

Choosing who to elect as the MP of your federal riding can be a difficult decision. You want to ensure you have educated yourself enough about the issues that matter most to you and make your decision based on those findings. Environmental policy is an area of which every person should be concerned. The Paris climate conference will be a critical time for the nation’s leaders to establish concrete policies on climate change and to limit global warming. Based on the findings from various news sources, it is apparent that work must be done to demonstrate to the world that Canada is committed to climate change negotiations. At a national scale, it is vital to find a party that offers concrete ways to tackle the increasing threat of carbon emissions and a party that is willing to accept that progressive changes must be made.

The election is only a couple weeks away – please educate yourself on the issues and what the political party leaders are proposing as solutions. Visit Elections Canada to ensure that your voter registration is up to date. Have your say and VOTE on October 19th!