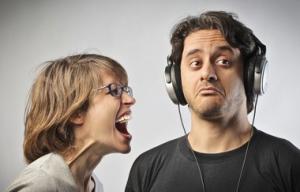 We all have that one person in our family (there are a few in mine). You see them approaching at a gathering, solo cup in hand, wearing a smile that says, “I’m looking to instigate.” Your stomach tightens as you brace yourself for the sarcastic question you know is coming: “So, how’s all your tree hugging going?”

They have set the bait; it’s just up to you to decide whether to take it. At this point, you you have two options: Avoid confrontation by politely nodding along as they unleash their opinions, or engage in a heated debate that ends in uncomfortable silence at the best and upturned tables at the worst.

Neither of those options is appealing. But, there is a third, one that can lead to a far better outcome.

Scientific evidence points to climate change accelerating as the result of the activities of the 7 billion humans occupying the planet, of which less than half see it as a threat1. While it is tempting to believe that climate change is the result of large corporations whose actions are outside our control, individuals can have a powerful effect on the environment. The average American in 2010 was responsible for emitting 17.5 tonnes of carbon dioxide, whereas in China (the world leader in C02 emissions) the average emissions per capita were 6.2 tonnes.2 In addition to scaling back cutting carbon emissions in daily life, the choices we make, from the food we eat to how we get our energy, drives how companies do business.

In a world where convincing highly educated people voted into positions of power of climate change is hard enough, it might seem futile to try to convince your average, everyday citizen of the same. Yet, these are exactly the people who have the power to halt its effects.

After finishing University, I spent a year in Indonesia working in community-based conservation. As part of one of my projects, I was tasked with convincing Indonesian students from a poor fishing community who lacked even a basic science education that protecting the ocean was important. All of this was conducted across language barriers in a place where throwing rubbish in the sea is ingrained from an early age. It was harder than it sounds.

Though incredibly frustrating at times, I walked away from this experience with some techniques that can work for spreading the word about important issues to just about anyone (yes, even your instigating uncle), in a way that is less likely to result in arguments and more likely to result in a changed perspective.

Remember the last time you thought, “Wow this person is incredibly condescending, I should really listen to them?” Me neither. The way you carry a conversation is just as important as what you have to say. Taking on the attitude of a mother scolding a child will likely evoke the equivalent action of the person placing their hands over their ears and saying, “La, la, la, la, I’m not listening,” until you’re done talking. Nobody likes being talked down to or made to feel unintelligent. If the other person becomes argumentative, it pays to keep your cool and maintain rationality; mimicking their tone will only fuel the flames. If you find the person either becoming disinterested or angry, ask yourself if this sounds more like a lecture or a conversation; a good way to tell is if you’re the only one doing the talking. Which leads me to my next point…

Listen Even When You Don’t Want to Hear

While it seems like a given, listening may be one of the most difficult (and most important) things you can do when discussing climate change. In the end, everyone wants to feel his or her opinion is being heard, no matter how ill conceived. Automatically dismissing someone’s opinions or constantly interrupting them is a good way to encourage them to tune out what you have to say. If you do not show you value their opinion, they will feel no need to value yours. This can be harder than it seems, as some particularly bad statements may make you want to bash your head against a wall until you can no longer remember what you just heard. Instead, a better response is to grit your teeth and say, “I see your point, but…” Remember, an ill-informed opinion is best refuted with well-sourced facts.

There is recent movement out there encouraging scientists to learn how to discuss their research in a way the average Facebook user would understand, highlighting the importance of reaching out beyond the scientific community3. This should not be seen as “dumbing down” information, but rather making it more accessible to a wider audience lacking the same level of expertise. The same concept applies when talking to someone about climate change. Assess your audience and explain things in terms they will understand; climate change is a complex topic and very few people can claim to be experts. While throwing around facts, figures, and fancy terms to impress your audience may make you appear intelligent (or haughty, see “Tone is Everything”), it makes no difference if the they don’t comprehend your point. Keep in mind that the message can only spread if the person you talk to is able to explain it to someone else.

When Possible, Show and Tell

For the same reasons magazines plastered with images disappear faster off newsstands, visual impact can be one of the best ways to get a point across. When talking to my students, I would often use visuals to explain concepts that extended beyond the limits of my Indonesian vocabulary. Even better, when we would take the kids out snorkeling or to try scuba diving to show them how beautiful the ocean can be, I finally saw the lessons sinking in. Sometimes, seeing is the best way to promote believing. So, when struggling to convey something your audience is not understanding, whip out your phone and find an image, whether it be a graph, a photo, or an infographic, that does the talking for you.

Undoubtedly the best way to get someone to listen to what you have to say is to make it about them. Usually, people will be much more interested in hearing not how they affect the changing climate, but how the changing climate affects them. Sure, sea level rise is too bad for all those polar bears, but talk about how it might lower the value of their beachside vacation home? Now you’ve got their attention. This was perhaps the most powerful technique I employed in convincing my students things such as why killing sharks was bad; by showing them how it would lead to their families catching smaller fish.

If at the end of your conversation, the person you are speaking with is so convinced by your argument that they give up their modern comforts for a tent in the woods and foraging in an attempt to minimize their carbon footprint, kudos to you. More than likely, though, they’ll be looking to start a bit smaller. Instead, provide them with simple changes they can make in their daily life and specify how they help curb emissions. By making just one small change and seeing how easy it was, they may be encouraged to make more, and suggest the same changes to others. Remember that small changes add up over time and people; if half the population of the US turned off just one light for just one hour every day, it would save 8.7 billion pounds of carbon in a year, the equivalent of taking 1.2 million vehicles off the road.4 Many people making small changes will be more effective overall than a few people making drastic ones.

In Indonesia, we chose to cater our lessons to teenagers, who were more malleable and had more influence on the future than older adults. The same concept applies here. While it is best to spread the message to as many people as possible, with limited time it will be more effective and far less frustrating to direct your efforts towards people who are more likely to receive it. A person who is convinced that extreme weather events are caused by the legalization of same-sex marriage (yes, this is the opinion of someone in my family) is going to be a much harder sell than someone who is on the fence and just needs some more information.

It is always easier to discuss climate change with people who are already informed about it, yet discussing it with people who are not is far more important. Spreading the word is one of the best way we can slow the progression of climate change, because it has the ability to create effects that extend far beyond yourself. While we can hope to change the opinions of the entire world, it must start with changing the perspective of one person. From there, there’s no telling how far the ripples may spread.