Share on Facebook"The many benefits of car-sharing and carpooling" 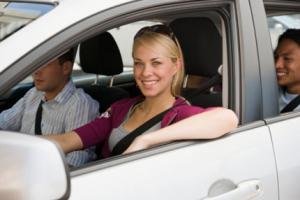 Given the rising price of public transport across the globe, the cheaper alternative car-sharing, is not just financially beneficial…

Carsharing; the new-generation, more responsible version of hitchhiking, is no longer just for those who ‘need a lift’ to the nearest music festival.

Ownership of a car used to be the ultimate symbol of freedom and independence however, due to rising fuel prices and expensive maintenance costs, it is increasingly viewed as both costly and a burden. We have, however become dependent on our personal little petrol guzzlers; the sight of one person per car doing the daily commute is now a norm. Companies such as Blablacar, Liftshare.com and Zipcar have therefore seized the opportunity to offer drivers and passengers an online regulated platform to organize lifts; enabling drivers to retain their independence and share the cost of petrol whilst proving extremely favourable for the environment.

Today, car-sharing, alternatively known as carpooling or covoiturage, not only reduces carbon-emissions, traffic congestion and air pollution, but also rekindles our connection with other human beings, a link which is slowly becoming extinct. The average American spends 400 hours a year commuting to work, very often alone. If everybody in the States opted to carshare just one day a week, not only would social cohesion improve, but traffic on the nation’s roads could be reduced as much as 20%. Instead of chatting with the person sat next to us on public transport, we more often than not prefer to be alone on our phones. Car-sharing enables us to communicate with others again, to meet people we possibly would never have met, and possibly will never meet again.

Frequently, the qualm of security and safety arises, and undoubtedly companies can only regulate the journeys to a certain extent, yet leading countries such as France, have set an example of how efficient and effective car-sharing can be if only we let go of such qualms. Technology enables a safe and secure experience and many companies use text message codes to release the pre-made online payment. Given that the driver is usually willing to provide a door-to-door service, the passenger experiences not only a cheap but convenient service. As for the driver, a friendly chat and help towards petrol is often appreciated. Most importantly however, our environment benefits from the reduction of vehicles on the road and therefore less air pollution. By carpooling just twice a week, 1,600 pounds of greenhouse can be kept from the air each year. Furthermore, let’s say 100 people from your local community were to take advantage of the carpool every day for one year, 1,320 pounds of carbon monoxide and 2,376,000 pounds of carbon dioxide could be removed from the air!

This revolutionary idea seems to be environmentally, financially and socially advantageous and we should therefore make the most of its many benefits! Do your bit for the environment by offering or taking a lift today!