Share on Facebook"The next big step, how do we green the green economy?" 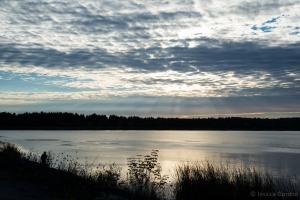 Since the Paris Climate Summit in November of 2015 there has been quite a bit of conversation as to what the next big step is. We want to do something about climate change and 175 countries have signed the Paris Agreement, but now that the promises have been made, we have to begin to fulfill them. The next steps include addressing our economy as a part of our efforts to tackle climate change- but with such a big task ahead of us, where do we go from here and what role do we have to play?

In September of 2015 the United Nations Development Programme (UNDP) Sustainable Development Goals were adopted. The idea is that the SDGs will take over from the Millennium Development Goals which were adopted in the year 2000. The purpose of these 17 new goals are to “end poverty, fight inequality and injustice, and tackle climate change by 2030.” (UNDP, 2015) These goals, on a fundamental level address the idea that our economic well-being is very much intertwined with the well-being of our planet. Incorporating sustainability into our future development helps ensure the health of ourselves and our environment for generations to come.

In Canada we have been talking about the Leap Manifesto, a call to address “respect for Indigenous rights, internationalism, human rights, diversity, and environmental stewardship.” (The Leap Manifesto, 2015) One of the integral parts of the Manifesto is the call for a clean energy economy, stating that it we can achieve 100% renewable energy by the year 2050. It has been called a radical shift, pushing the government to embrace more sustainable practices. However even its critics realize that it has also helped to show that as Canadians we are concerned about the environment and are aware that action needs to be taken.

There is no doubt that we want to tackle sustainable development and a clean energy economy –we are very good at setting these big beautiful goals for ourselves. So the question becomes, how do we get there, how do we, in Canada and globally, adapt to a green economy?

The green economy is defined by United Nations Environment Programme (UNEP) as “one that results in improved human well-being and social equity, while significantly reducing environmental risks and ecological scarcities.” (UNEP, 2011) We can break this down further. According to Anneleen Kenisa and Matthias Lievens in their paper, the green economy consists of four ingredients:

In this case ‘correctly priced’ means including the cost of the environmental impact and the environment itself into the production of a product or service; incorporating the natural capital. What this means is forests, lakes and other natural environments provide ‘ecosystem services’. UNEP describes these services as biodiversity that “contributes to human well-being and provides economies with valuable resource inputs as well as regulating services towards a safe operating environment.” (UNEP, 2011) Lakes are valuable not just because of the natural habitats they provide to so many species but also to us, for example stabilizing the water cycle which helps with agriculture. Forests help to manage the amount of CO2 in the atmosphere as well as being a great place to enjoy nature.

The natural capital is an estimated economic value applied to these ecosystem services and by incorporating this into the cost of production the actual cost can be established in the market economy. The David Suzuki Foundation and the Nearshore Natural Capital Valuation report looked at British Columbia’s Lower Mainland’s water ecosystems and found that “areas such as wetlands and coastal areas give us $30 to $60 billion in benefits every year.” (2014)

2. The second ingredient is when the green economy has been established, there will be greater competition in green business and technology and as this competition grows, better technology will be developed to further compete. The results will be more and more efficient at reducing the impact that we have on the environment. (Kenis and Lievens, 2015, p. 4)

Developments in renewable energy technology are a perfect example of this. According to ThinkProgress.org the production of solar panels remains competitive with the price continuing to drop. This is due, in part, to the fact that often only the improvements to the technology are patented with many of the original designs now off-patent. The low cost of production allows for more businesses worldwide to participate in their local markets, increasing competition.

Demonstrating their understanding of their responsibility big corporations have started to make big changes. A great example of this is MacDonald’s announcing last year they were going to eliminate deforestation from their entire supply chain. This would mean only buying products and materials from around the world that do not cause the further destruction of forests. Macdonald’s recently stated they are still committed to sustainability and they now need to look at where they source their fish from after the controversy surrounding New Zealand’s fisheries. The amount of resources used by a corporation this size can have a huge impact.

4. The fourth ingredient is the other side of this interaction, the people buying the products. The purchasing power of an individual to choose sustainably helps to push producers in a sustainable direction. (Kenis and Lievens, 2015, p. 5)

An example of this is you and I. We can make choices about what we purchase and where we spend our money and this has an impact. When we choose to purchase from a company that has sustainable practices or provides a service that is consciously trying to reduce its environmental impact we are participating in the green economy.

How do we play our role?

Even if you are living on a tight budget where we choose to spend or not to spend our money can help influence the economy. In many cases making the budget friendly choice can also be the more sustainable choice. There are plenty of ways to live sustainably and reduce your carbon footprint, many of which have already been covered here in the Ecoguide.

There are two simple things to keep in mind when exercising your purchasing power:

Walking, biking or taking public transportation is probably one of the easiest ways to reduce CO2 emissions and save money at the same time. According to MetroLinx’s Smart Commute a full city bus can take 40 cars off the road, that’s about 50 tonnes of GHG gases per year. (2014) That being said, we don’t all live in a city or region with reliable public transportation that can get us anywhere we need to go.

A car is a necessity for many. Fuel efficient cars along with hybrids and plug-in electric vehicles are often a great option and the EV market is becoming more accessible thanks to innovators like Elon Musk and his Tesla Model 3. There are other options too such as ride and car sharing programs that go beyond Uber but they too claim, with their ride-sharing service UberPool, they are doing their part. In San Fransisco where the service was first introduced in 2014, Uber stated they have prevented 120 metric tons of CO2 emissions from February to March 20, 2015. It’s not hard to have an impact when just “driving 10 percent less, by walking, cycling, carpooling, or taking public transit, can reduce greenhouse gas emissions by 0.2 to 0.8 tonnes per year, depending on the vehicle.” (Metorlinx, 2014).

There are plenty of programs that give you access to a car only when you need one. A comprehensive list of Canada wide available programs, either ride-shares or car-shares can be found here at Rideboard.ca.

Who you purchase from helps to support companies, both local as well as big corporations who are trying to be conscious of their environmental impact. Supporting companies that take into consideration the natural capital that goes into their production sends the message that, “we like what you’re doing, keep it up”. We are at point where that message is being heard.

As well as being aware of who you’re buying from, it’s also important to take into consideration what you are buying. It’s already been discussed here in the EcoGuide how eating less meat can reduce your carbon footprint but choosing to eat locally farmed and produced food that is in season is another great option. Where you food travels from and how it travels (plane, train, automobile or ship) can have a huge impact on the GHG emissions it produces. A study from 2005 looked at food imported into Waterloo that could also be locally produced and found that, imported food on average travels 4,497 km to the Waterloo Region and generates 1.3 kg of GHG emissions for every kg of food. The same item grown in the Waterloo region on average travels 30 km and generates 0.008 kg of GHG emissions for every kg. A fresh bell pepper had 229.2 times as many GHG emissions as a locally grown pepper. (Xuereb, 2005, p. 12) That being said the fewer miles the better as long as the food is in season.

According to a study in 2008, in the United States transportation accounts for an estimated 11% of the emissions that come from food production so it is also important to look at how your food was grown and produced as well as how far it has to travel to get to you. (Weber and Matthews, 2008, p. 3508) Choosing local means you means you can talk to the people doing the growing and in some cases get your hands dirty helping out.

Finding these options and supporting local businesses is fairly easy, there are directories of Food-Coops across North America as well as Community Supported Agriculture (CSA) initiatives. A list is available at the end of this article.

We all have a role to play in taking the steps to move forward in sustainable development. As long as we all—governments, corporations and you and I—commit to playing our role, continue to encourage others to do so and hold each other accountable, these big, beautiful goals we have set for ourselves can be achieved. A global issue like climate change and adapting our economy will take the participation of the globe and everyone on it.

Reducing your Carbon on a budget - Ecoguide

Anderson, B. (2016, April 19). Canadians won’t accept Leap because it breaks these two rules. Globe and Mail. Retrieved May 10, 2016, from http://www.theglobeandmail.com/news/politics/canadians-wont-accept-leap-because-it-breaks-these-two-rules/article29676015/

David Suzuki Foundation. (2014). What is natural capital? Retrieved from http://www.davidsuzuki.org/issues/wildlife-habitat/projects/natural-capital/what-is-natural-capital/

The Leap Manifesto. (2015, September 15). Retrieved May 10, 2016, from https://leapmanifesto.org/en/the-leap-manifesto/#manifesto-content